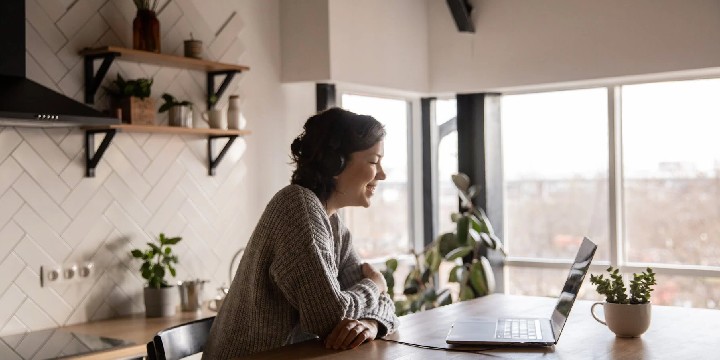 A daily dose of dignity quotes is an excellent way to start your day on a positive note!

We’re all faced with challenges in this crazy ride we call life. And, in each challenge, our values, morals, and principles are constantly tested.

It may be easy for some to maintain their dignity, but there may be times throughout their lives when this is put to the test.

So, what will you do if this happens and you have to decide?

For everyone who faces the same dilemma, the answer is in the collection; keep it handy so that you can reap the most benefits from it.

And make sure to read these respect quotes and positive quotes.

1. “Human dignity is the same for all human beings: when I trample on the dignity of another, I am trampling on my own.” – Pope Francis

2. “No power on this earth can destroy the thirst for human dignity.” – Nelson Mandela

3. “Do not change your dignity by popularity.” – Steve Maraboli

4. “You should never sacrifice three things: your family, your heart, and your dignity.” – Anonymous

5. “All human beings are born free and equal in dignity and rights.” – Eleanor Roosevelt

6. “Dignity is as essential to human life as water, food, and oxygen.” – Laura Hillenbrand

7. “Our dignity is not in what we do, but what we understand.” – George Santayana

8. “True dignity is never gained by place, and never lost when honors are withdrawn.” – Philip Massinger

9. “One’s dignity may be assaulted, vandalized, and cruelly mocked, but it can never be taken away unless it is surrendered.” – Michael J. Fox

10. “Dignity will only happen when you realize that having someone in your life doesn’t validate your worth.” – Shannon L. Alder

11. “Keep your dignity and don’t lower yourself to their level. True strength is being adult enough to walk away from the nonsense with your head held high.” – Anonymous

12. “There is dignity in your being even if there’s indignity in what you’re doing.” – Tariq Ramadan

13. “Dignity and pride are not only two different feelings but, in some ways, opposites. You can step on your pride to preserve your dignity. You can destroy your dignity because of your pride.” – Luigina Sgarro

14. “Dignity does not consist in possessing honors, but in the consciousness that we deserve them.” – Aristotle

15. “The dignity of man requires obedience to a higher law, to the strength of the spirit.” – Mahatma Gandhi

16. “Dignity had always gotten us through. It was a choice, and not always the easy one, but the people I respected most in life made it, again and again, every single day.” – Michelle Obama

17. “The ideal man bears the accidents of life with dignity and grace, making the best of circumstances.” – Aristotle

18. “Any man or institution that tries to rob me of my dignity will lose.” – Nelson Mandela

19. “Dignity does not come from avenging insults, especially from violence that can never be justified. It comes from taking responsibility and advancing our common humanity.” – Hillary Clinton

20. “We learned about dignity and decency, that how hard we work matters much more than we do. That helping others means much more than taking advantage of oneself.” – Michelle Obama

21. “Dignity, and even holiness too, sometimes, are more questions of coat and waistcoat than some people imagine.” – Charles Dickens

22. “Dignity is to have a dream, a strong one, which gives you a vision, a world where you have a place, where whatever it is you have to contribute makes a difference.” – Fatima Mernissi

Inspirational Dignity Quotes to Live By

23. “Be strong. Live honorably and with dignity. When you don’t think you can hold on.” – James Frey

24. “By a lie, a man throws away and, as it were, annihilates his dignity as a man.” – Immanuel Kant

25. “Dignity is like a perfume; those who use it are scarcely conscious of it.” – Christina of Sweden

26. “Honor yourself by acting with dignity and composure.” – Allan Lokos

27. “Dignity is not negotiable. Dignity is the honor of the family.” – Vartan Gregorian

28. “I’ll take my destiny, whatever that may be, but I’m going to fight for my dignity and my honor.” – Ferdinand Marcos

29. “When it comes to human dignity, we cannot make compromises.” – Angela Merkel

30. “The most luxurious possession, the richest treasure anybody has, is his personal dignity.” – Jackie Robinson

31. “Chasing a person doesn’t give you value or build values in you. You earn your value by chasing morality and practicing dignity.” – Shannon L. Alder

32. “Every man has his dignity. I’m willing to forget mine, but at my own discretion and not when someone else tells me to.” – Denis Diderot

33. “Dignity is never silent. It has a voice, heart, and soul. Truth and courage are its foundation. It will stand against the masses and speak the truth. Because every great person has always done what others found fear in doing.” – Shannon L. Alder

34. “Money is not God, and human dignity is very important.” – Jim Brown

35. “Human rights rest on human dignity. The dignity of man is an ideal worth fighting for and worth dying for.” – Robert C. Maynard

36. “Your personal dignity was always more important to you than mere emotion, wasn’t it?” – Rachel Caine

39. “When an individual is protesting society’s refusal to acknowledge his dignity as a human being, his very act of protest confers dignity on him.” – Bayard Rustin

40. “Human dignity is based upon freedom and freedom upon human dignity. The one presupposes the other.” – Rollo May

41. “We all need to treat each other with human dignity and respect.” – Madonna

42. “We must build a new world, a far better world, one in which the eternal dignity of man is respected.” – Harry S. Truman

43. “Every man has the right to be treated with dignity and respect. No one can humiliate or abuse you verbally.” – Anonymous

44. “Self-respect is the fruit of discipline, the sense of dignity grows with the ability to say no to oneself.” – Abraham Heschel

45. “All souls are beautiful and precious, deserving of dignity and respect, and worthy of peace, joy, and love.” – Bryant McGill

46. “Natural dignity of mind or manners can never be concealed; it ever commands our respect: assumed dignity, or importance, excites our ridicule and contempt.” – Joseph Bartlett

Short Dignity Quotes to Reflect On

49. “Dignity is the mother of good manners.” – Anonymous

51. “To hide feelings when you are near crying is the secret of dignity.” – Dejan Stojanovic

54. “Dignity is the reward of obeying your heart.” – Wes Fesler

56. “Death with dignity is better than life with humiliation.” – Hussain Ibn Ali

57. “In love, swallow your pride, but never your dignity.” – Carlos Salinas

58. “Every life deserves a certain amount of dignity, no matter how poor or damaged the shell that carries it.” – Rick Bragg

59. “There is no dignity quite so impressive, and no one independence quite so important, as living within your means.” – Calvin Coolidge

60. “I do not wish them to have power over men but over themselves.” – Mary Wollstonecraft

61. “Women have the right to insist that their dignity be respected.” – Pope John Paul II

62. “I have a lot of dignity and am my own woman who does not dance to anyone’s tunes.” – Ileana D’Cruz

63. “Be a woman of confidence and self-respect; give a man a reason worth fighting for.” – Nikki Rowe

64. “When values disappear, the first people to suffer are women because people start losing their respect for women.” – Rula Ghani

65. “The woman who doesn’t require validation from anyone is the most feared individual on the planet.” – Mohadesa Najumi

66. “Every woman that finally figured out her worth has picked up her suitcases of pride and boarded a flight to freedom, which landed in the valley of change.” – Shannon L. Alder

67. “It is time to effect a revolution in female manners—time to restore to them their lost dignity.” – Mary Wollstonecraft

Deep Dignity Quotes That You Will Enjoy

68. “Nothing is so essential as dignity. Time will reveal who has it and who has it not.” – Elizabeth Gilbert

69. “Perhaps the only true dignity of man is his capacity to despise himself.” – George Santayana

70. “Dignity is like air. When you breathe easily, you don’t think about it. But, when you don’t have enough of it, all you can think about is air, air, more air.” – Aigul Aubanova

71. “Place confers no dignity upon some men; like a balloon, the higher they rise the smaller they look.” – G. D. Prentice

72. “There is a lot of dignity in having the ability to confront the inconsequence of reality.” – Martin Esslin

73. “Dignity is appreciated by dignity, the pot of dried fish is known to the dog.” – Tamil Proverb

74. “Dignity has no price, when someone starts making small concessions, in the end, life loses all meaning.” – José Saramago

75. “When there is oppression and dictatorship, by not speaking out, we lose our dignity.” – Asma Jahangir

76. “Seeing a person lose their dignity used to be uncomfortable, and now it is expected as part of a program with which we feel comfortable.” – Lisa Kudrow

77. “Dignity does not float down from heaven; it cannot be purchased nor manufactured. It is a reward reserved for those who labor with diligence.” – Bill Hybels

78. “I believe in the dignity of labor, whether with head or hand; that the world owes no man a living but that it owes every man an opportunity to make a living.” – John D. Rockefeller

79. “What should move us to action is human dignity: the inalienable dignity of the oppressed, but also the dignity of each of us. We lose dignity if we tolerate the intolerable.” – Baltasar Gracian

80. “It’s hard as hell to hold on to your dignity when the risen sun is too bright in your losing eyes, and that’s what I was thinking about as we hunted for bad guys through the ruins of a city that didn’t exist.” – John Green

Which Quotes Boosted Your Self-Esteem and Helped You Live a Better Life?

These dignity quotes have been handpicked to help you maintain a positive attitude and find inspiration in your daily life. You’re in good hands because this collection contains the best quotes from famous people worldwide, as well as ordinary people we can all relate to.

Remember that your dignity reflects the type of person you are. That’s why you should never let anything trivial take it away from you. Living a dignified life may be difficult, but it is well worth it.

If you live a life that abides by your principles, you will attract more positive people and circumstances. Keep this collection of dignity quotes handy for when you need to make wise decisions in life. With that, we hope that our collection today was able to inspire you to show others that you are worthy of their honor and respect.

Which of these dignity quotes helped you see yourself in a new light? Did we leave out any of your favorite dignity quotes? Please, add them in the comments section below.