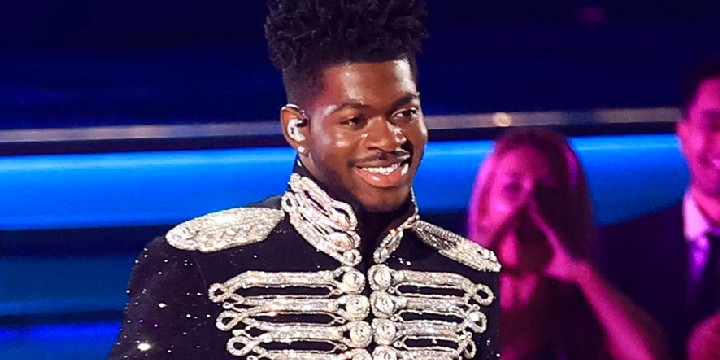 Let these Lil Nas X quotes show you how being honest with yourself will bring you true happiness and contentment.

Montero Lamar Hill, also known as Lil Nas X, is an American rapper and singer. He became famous when his song, Old Town Road, was released and became viral in early 2019.

Apart from that, Lil Nas X became well-known in the industry as someone with great confidence and courage. This is because he came out as gay while his song was atop the Hot 100.

Our society is judgmental, and this announcement could have had adverse effects on his success. But, Lil Nas X only cared about being true to himself.

Lil Nas X is open and shares his life through his songs and social media posts.

He used his career and the internet as a platform to communicate with his fans and share his thoughts with the world. It is actually through various social media platforms, like Twitter, TikTok, and SoundCloud, that he started becoming famous.

So, if you’re curious about him and his career, make sure you read through to the end.

More than the lessons you’ll learn from him, you’ll also get a better understanding of how influential social media is!

And don’t forget to check out these DaBaby quotes and Nas quotes.

1. “Live your life to its fullest potential and don’t really care too much about what other people think of you.”

3. “I feel like I’m opening the doors for more people. That they feel more comfortable being out, especially in the hip hop community.”

4. “I believe whenever you’re trying something new, it’s always going to get some kind of bad reception.”

5. “I wanted to stay independent because I figured there was no way I was going to be able to have control to create the type of music I want. I was basically ignoring a lot of labels.”

6. “‘Take my horse to the old town road and ride till I can’t go more’ basically means just running away, and everything is just gone. The horse is metaphorical for not having anything or just the little things that you do have, and it’s with you.”

7. “You step away from the public eye for too long, they don’t care anymore.”

8. “And this one’s for the champions ain’t lost since I began, funny how you said it was the end then I went and did it again.”

9. “It hit me that I was famous last night when someone started recording me while I was tryna steal grapes out of the public.”

11. “In my music, I’m never going to force anything to try to recreate a moment or something.”

12. “Just because you like one song from an artist, that doesn’t make you a fan.”

13. “The only way to win is to keep winning. It is the only option. People want to see you win, but not too many times.”

14. “At the end of the day, you are the main person that has to depend on you before anybody else. You have to love and nourish yourself.”

15. “Stuck in this world where it’s so much to prove. Every win gives you more room to lose.”

17. “There’s much more to life than dyin’ over your past mistakes and people who threw dirt on your name.”

19. “I try to never throw stones, but if somebody throws one at me, I’m throwing an entire house.”

20. “When I started to make music I wasn’t as serious at first.”

22. “When I first started to do music, I was kind of doing what I thought people would want me to do.”

23. “The thing is that when I’m making music, I’m not really chasing that sound—the Atlanta sound that we hear a lot.”

25. “But music was never something I saw myself doing.”

26. “I was just trying to fit into a certain spectrum. Just like basic rap.”

Interesting Lil Nas X Quotes to Get To Know Him Better

28. “My actual writing process? I have to just love the beat before I even write on it. I can’t force myself to write to a beat that I’m not immediately loving.”

31. “I started using the internet heavily right around the time when memes started to become their own form of entertainment. I started to get into every side of the Internet around 13-ish.”

32. “I had it just like Lil Nas at first because every rapper has a ‘Lil’ in front of his name, and that’s funny to me. But then I got stuck with it because I already built a fan base at that point.”

33. “I am a troll first and a musician second, priorities.”

35. “And whenever I do step away from the Internet or the music for too long, it’s like I have to slowly get back into myself to get back into the groove.”

36. “I told college I was gonna take a semester off, but I knew I was never going back. I felt like the walls were closing in on me.”

37. “When I was 10 watching Billy Ray sing I want my mullet back on Hannah Montana, I was like, ‘Wow I have to make a song about horses with this man.’”

38. “For one, the ‘countryness’ is pretty much in my blood. I’m from Georgia, down South—that voice just lives in me.”

39. “Now that I’m rich, I don’t think this capitalism thing is that bad you guys.”

Lil Nas X Quotes That Zoom in on Social Media

40. “I’m like Twitter-famous, but in real life. Instead of your mentions, it’s real people coming up to you. People shake your hand instead of liking your tweets.”

41. “I was pretty familiar with TikTok, I always thought its videos would be ironically hilarious. When I became a trending topic there, it was a crazy moment for me. A lot of people will try to downplay it, but I saw it as something bigger.”

42. “TikTok helped me change my life, TikTok brought my song to several different audiences at once.”

43. “Twitter can make a lot of things happen if you get enough retweets.”

44. “I was doing Facebook comedy videos then I moved over to Instagram, and then I hopped on Twitter. That is where I really was a master, that was the first place where I could go viral.”

45. “I run a meme type of account on Twitter, I know what my audience is looking for.”

Lil Nas X Quotes That You Will Love

46. “I a hundred percent want to represent the LGBT community. I don’t want to encourage them to do something they don’t want to do. Especially in like middle school or high school because it’s just super hard.”

47. “I’m not, like—what’s the world when you believe in a lot of magic? Superstitious.”

48. “My flow is so cold, you notice it. My dreams unfold, behold the shit. Had my life rearranged, it’s strange as shit. Not the same as before, I changed a bit.”

49. “Why don’t we just put all the ocean water in a cup, clean out the bottom then pour it back.”

50. “Wow, the language they speak in the UK sounds almost exactly like English.”

51. “I’m on the toilet right now, but I want to say thank you to every single person who has made this moment possible for me. We just broke the record for the longest-running number-one song of all time.”

52. “When I said ‘I got the horses in the back’ it was in reference to reversing the ongoing climate change, water pollution, and catastrophic political climate we are witnessing in these trying times.”

53. “Ain’t been out in a while anyway, was hoping I could catch you throwin’ smiles in my face.”

55. “Started focusin’ on all these wishes. Crazy how this sh*t come to fruition from.”

57. “In Paris, and everybody here has two legs just like in America.”

58. “I know some people think Imma pop out at Coachella but I have to wash the dishes this weekend or dad’s gonna be mad.”

60. “Who is in New York and wanna have a crying contest?”

Did These Quotes Help You Understand How Our Choices Affect the Outcome of Our Future?

A lot of people don’t show the world who they really are. They keep their identity to themselves in fear of being judged or rejected. Because of this, people are torn between their genuine selves, who they want to be, and who people expect them to be.

Lil Nas X lived under this kind of pressure when he was younger. He looked at social media and the internet as an outlet for his creative juices and his true self. But, we can’t contain our true selves forever; Lil Nas X finally accepted who he is and his preferences and shared with the world that he identified as gay in 2019.

Admitting our wants and desires to ourselves is freeing, but we’ll only be truly free if we share it with the world. So, like Lil Nas X, we should let go of our inhibitions and fears and just live the life we want. All paths in life will be challenging, so why not choose one that’ll shape you to be the best person you can be?

Happiness and true success will only come to us if we’re genuinely and wholly honest with ourselves. After all, how can we be content with material things if there is no self-love and self-acceptance? So, whenever you feel lost or if you’re scared to be honest with yourself, make sure to reread this list of the best Lil Nas X quotes!