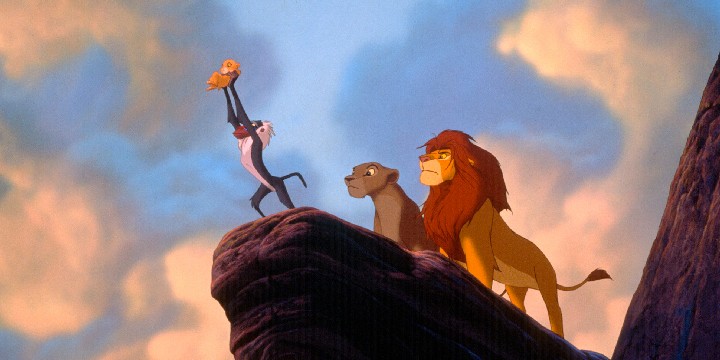 Rise above everything with these The Lion King quotes that will teach you how to overcome any obstacle that life may throw your way.

The Lion King is about a young lion named Simba who experienced loss and betrayal from a young age. His happy days turned tragic when his uncle, Scar, killed his father. Simba fled the kingdom, believing he was to blame for his father’s death.

Years later, Simba returns to his family to defend his kingdom and expose Scar’s lies and evil intentions. He grew to be a great and mature leader who found his true calling. Along the way, he also found everlasting friendship and a one-of-a-kind love.

From the animated to the live-action movies, there are countless memorable lines that we still adore and look back to today. To reminisce about your favorite scenes, make sure you read through to the end!

And don’t forget to check out these Rafiki quotes and Beauty and the Beast quotes.

1. “When we die, our bodies become the grass, and the antelope eats the grass. And so, we are all connected in the great Circle of Life.” – Mufasa

2. “Well, somebody once told me that the great kings of the past are up there, watching over us.” – Simba

4. “I’m only brave when I have to be. Being brave doesn’t mean you go looking for trouble.” – Mufasa

5. “It’s times like this my buddy Timon here says: you gotta put your behind in your past.” – Pumbaa

6. “Nobody knows the trouble I’ve seen—nobody knows my sorrow.” – Zazu

8. “Sometimes what’s left behind can grow better than the generation before.” – Simba

10. “Yet out of the ashes of this tragedy we shall rise to greet the dawning of a new era in which lion and hyena come together in a great and glorious future.” – Scar

11. “Look Simba, everything the light touches is our kingdom.” – Mufasa

12. “There’s one in every family, sire. Two in mine, actually. And they always manage to ruin special occasions.” – Zazu

16. “But, Zazu, you told me they are nothing but slobbery, mangy stupid poachers.” – Simba

22. “Believe in yourself and there will come a day when others will have no choice but to believe with you.” – Mufasa

23. “As you go through life, you will see that there is so much that we don’t understand. And the only thing we know is things don’t always go the way we plan.” – Simba

25. “It’s the Circle of Life and it moves us all, through despair and hope, through faith and love, ’til we find our place on the path unwinding.” – Rafiki

26. “It belongs to no one, but will be yours to protect. A great responsibility.” – Mufasa

27. “Look, sometimes bad things happen—and there’s nothing you can do about it. So why worry?” – Simba

30. “Everything you see exists together in a delicate balance. As king, you need to understand that balance and respect all the creatures, from the crawling ant to the leaping antelope.” – Mufasa

31. “A king’s time as ruler rises and falls like the sun. One day, Simba, the sun will set on my time here, and will rise with you as the new king.” – Mufasa

32. “While others search for what they can take, a true king searches for what he can give.” – Mufasa

Mufasa: “There’s more to being a king than getting your way all the time.”

Emotional The Lion King Quotes That Will Move You to Tears

36. “Whenever you feel alone, just remember that those kings will always be there to guide you, and so will I.” – Mufasa

Short The Lion King Quotes to Reflect On

The Lion King Quotes to Help You Relive Your Favorite Scenes

52. “And just think, whenever he gets dirty you can take him out and beat him.” – Zazu

56. “I finally got some sense knocked into me. And I’ve got the bump to prove it.” – Simba

57. “The king approaches! This is not a drill. His Majesty has requested an audience. Upon his entrance, you will rise and genuflect.” – Zazu

58. “When the world turns its back on you, you turn your back on the world.” – Timon

59. “Well, I’m not letting anyone tell me where to go, what to do, and even who to marry. There will never be a king like me.” – Simba

60. “Mufasa’s death is a terrible tragedy. But to lose Simba, who had barely begun to live—for me, it is a deep personal loss.” – Scar

61. “Now this looks familiar. Where have I seen this before? Hmm, let me think. Oh, yes, I remember! This is just the way your father looked before he died.” – Scar

64. “It’s over. There is nothing left. We have only one choice. We must leave Pride Rock.” – Sarabi

Mufasa: “Before sunrise, he’s your son.”

The Lion King Quotes to Provoke You

67. “You could have been killed. You deliberately disobeyed me and what’s worse, you put Nala in danger!” – Mufasa

68. “Listen, you think you can just show up and tell me how to live my life? You don’t even know what I’ve been through!” – Simba

70. “Why should I believe you? Everything you ever told me was a lie.” – Simba

71. “Well as far as brains go, I got the lion’s share but when it comes to brute strength, I’m afraid I’m at the shallow end of the gene pool.” – Scar

74. “I was first in line until that little hairball was born.” – Scar

76. “Not yet I don’t. And with an attitude like that, I’m afraid you’re shaping up to be a pretty pathetic king indeed.” – Zazu

Scar: “Oh no Mufasa, perhaps you shouldn’t turn your back on me.”

83. “If you’re hungry for a hunk of fat and juicy meat, eat my buddy Pumbaa here because he is a treat. Come on down and dine on this tasty swine. All you have to do is get in line. Are you achin’? For some bacon? He’s a big pig! You could be a big pig too!” – Timon

88. “I’m telling you, kid: this is the great life. No rules, no responsibilities—ooh, the little cream-filled kind!” – Timon

Timon: “Nothing. What’s the motto with you?”

The Lion King Quotes for You to Enjoy

91. “Well the buzz from the bees is that the leopards are in a bit of a spot. And the baboons are going ape over this. Of course, the giraffes are acting like they’re above it all. The tick birds are pecking on the elephants. I told the elephants to forget it, but they couldn’t. The cheetahs are hard up, but I always say, cheetahs never prosper.” – Zazu

93. “His father’s strength is flickering inside. I wonder how bravery will taste.” – Shenzi

100. “Let me get this straight. You know her. She knows you. But she wants to eat him. And everybody’s okay with this?” – Timon

104. “And he’s absolutely right! It’s far too dangerous. Only the bravest lions go there.” – Scar

105. “Well, sorry to burst the old bubble, but you two turtle doves have no choice. It’s a tradition going back generations.” – Zazu

106. “Life’s not fair, is it, my little friend? While some are born to feast, others spend their lives in the dark, begging for scraps. The way I see it, you and I are exactly the same. We both want to find a way out.” – Scar

108. “All the more reason for me to be protective. An elephant graveyard is no place for a young prince.” – Scar

109. “Everything’s destroyed. There’s no food, no water. Simba, if you don’t do something soon, everyone will starve.” – Nala

110. “I’m here to announce that King Mufasa’s on his way. So you’d better have a good excuse for missing the ceremony this morning.” – Zazu

Did You Learn Anything From Our Collection About Love, Friendship, and Bravery?

The Lion King is one of Disney’s most successful animated movies of all time. Because of that, it gained a sequel, a live-action adaptation, a series, a musical, and more!

It uses drama to tell an emotional and entertaining story for children, but it also addresses real-life issues that can affect anyone. Embedded in each scene and line are lessons on strength, unconditional love, and the value of friendship and family.

More than that, The Lion King teaches us to go with the flow of life—stop worrying about things out of your control and things that are bound to happen. Life will go as it should, and we can’t always guarantee that it’ll all be good things. Sometimes, we can’t help but be knocked down by life, too.

So, allow your worries to fade as you focus on the present and remain optimistic. With that, we hope that our collection was able to remind you that life isn’t always fair and that things don’t always go as planned. As Timon and Pumbaa iconically sang to Simba, “Hakuna Matata, it means no worries!”

So, who’s your favorite character in The Lion King? Did we miss out on any other good quotes? Drop them down in the comments section below.