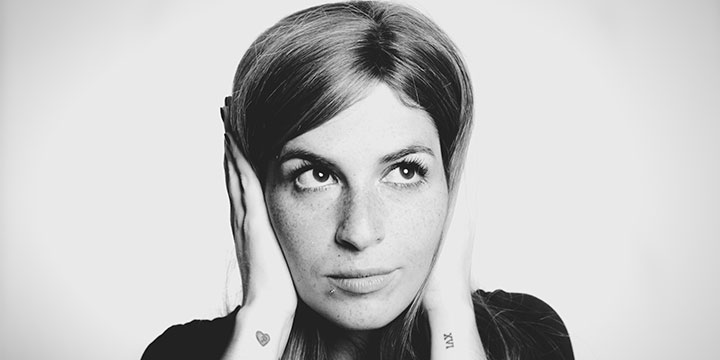 To those who say that ignorance is bliss, this collection of the most insightful ignorance quotes will give you a whole new perspective!

There’s no denying that there are many disappointing and dark sides to life. For some, the world is paradise, and they’re enjoying every bit of it. But, for many, the world is a cold and harsh place that constantly tries to bring them down.

When you don’t open your heart and mind to the experiences that others are going through, you will never truly understand the workings of society.

This is precisely why we should move past our ignorance and actively seek knowledge to understand the world better. Through this, we can become more conscious of how our decisions and actions affect others.

To get started, read through our list of the best ignorance quotes. Through it, you’ll get a deeper understanding of what ignorance entails and how important it is to live life consciously and purposefully.

And don’t forget to check out these compassion quotes and patience quotes.

1. “Ignorance is the night of the mind, but a night without moon or star.” – Confucius

2. “Nothing in all the world is more dangerous than sincere ignorance and conscientious stupidity.” – Martin Luther King Jr.

3. “The only good is knowledge, and the only evil is ignorance.” – Herodotus

4. “The highest form of ignorance is when you reject something you don’t know anything about.” – Wayne Dyer

5. “Not ignorance, but ignorance of ignorance, is the death of knowledge.” – Alfred North Whitehead

7. “Truth is, by nature, self-evident. As soon as you remove the cobwebs of ignorance that surround it, it shines clear.” – Mahatma Gandhi

8. “Entire ignorance is not so terrible or extreme an evil, and is far from being the greatest of all; too much cleverness and too much learning, accompanied with ill bringing-up, are far more fatal.” – Plato

9. “The greatest enemy of knowledge is not ignorance, it is the illusion of knowledge.” – Daniel J. Boorstin

11. “Ignorance is the mother of all evils.” – Francois Rabelais

12. “Ignorance is a voluntary misfortune.” – Anonymous

13. “The recipe for perpetual ignorance is: be satisfied with your opinions and content with your knowledge.” – Elbert Hubbard

14. “Ignorance can be improved; willful ignorance and inaction is inexcusable.” – David Brock

15. “Ignorance is the curse of God; knowledge is the wing wherewith we fly to heaven.” – William Shakespeare

16. “Admission of ignorance is often the first step in our education.” – Stephen Covey

17. “Ignorance is never out of style. It was in fashion yesterday, it is the rage today and it will set the pace tomorrow.” – Frank Dane

18. “It is certain, in any case, that ignorance, allied with power, is the most ferocious enemy justice can have.” – James Baldwin

19. “A great deal of intelligence can be invested in ignorance when the need for illusion is deep.” – Saul Bellow

21. “A person must have a certain amount of intelligent ignorance to get anywhere.” – Charles Kettering

23. “Awaken from ignorance so that you may live your dreams.” – Anonymous

24. “If ignorance is bliss, there should be more happy people.” – Victor Cousin

25. “Confidence is ignorance. If you’re feeling cocky, it’s because there’s something you don’t know.” – Eoin Colfer

27. “We allow our ignorance to prevail upon us and make us think we can survive alone, alone in patches, alone in groups, alone in races, even alone in genders.” – Maya Angelou

28. “Once a person stops searching for information and self-knowledge, ignorance sets in.” – Robert T. Kiyosaki

Short Ignorance Quotes to Give You a New Perspective

34. “Our trouble is not ignorance, but inaction.” – Dale Carnegie

37. “Nothing is more terrible than to see ignorance in action.” – Johann Wolfgang von Goethe

38. “If you think education is expensive, try ignorance.” – Jeff Rich

39. “Ignorance is the dominion of absurdity.” – James Anthony Froude

40. “I say there is no darkness but ignorance.” – William Shakespeare

41. “I know nothing except the fact of my ignorance.” – Socrates

42. “Ignorance is a form of environmental pollution.” – American Proverb

43. “Better be ignorant of a matter than half know it.” – Publilius Syrus

Ignorance Quotes to Show You the Workings of the World

44. “All you need in this life is ignorance and confidence, and then success is sure.” – Mark Twain

45. “Ignorance is my least favorite thing. I really think it’s at the core of all our problems.” – Naomi Judd

46. “Our knowledge can only be finite, while our ignorance must necessarily be infinite.” – Karl Popper

47. “Ignorance and inconsideration are the two great causes of the ruin of mankind.” – John Tillotson

48. “Ignorance and power and pride are a deadly mixture.” – Robert Fulghum

49. “Of all the frictional resistances, the one that most retards human movement is ignorance.” – Nikola Tesla

50. “Our ignorance can be divided into problems and mysteries. When we face a problem, we may not know its solution, but we have insight, increasing knowledge, and an inkling of what we are looking for. When we face a mystery, however, we can only stare in wonder and bewilderment, not knowing what an explanation would even look like.” – Noam Chomsky

Ignorance Quotes to Give You an Idea of What It Entails

51. “Ignorance is like a delicate fruit; touch it, and the bloom is gone.” – Oscar Wilde

52. “Ignorance breeds monsters to fill up the vacancies of the soul that are unoccupied by the verities of knowledge.” – Horace Mann

53. “Ignorance has always been the weapon of tyrants; enlightenment the salvation of the free.” – Bill Richardson

54. “Ignorance is the failure to discriminate between the permanent and the impermanent, the pure and the impure, bliss and suffering, the self and the non-self.” – Patanjali

56. “The truest characters of ignorance are vanity, pride, and annoyance.” – Samuel Butler

57. “Ignorance is not stupidity, but it might as well be. And I do not like feeling stupid.” – Lois McMaster Bujold

58. “Ignorance is a lot like alcohol: the more you have of it, the less you are able to see its effect on you.” – Jay Bylsma

59. “Prejudice is a product of ignorance that hides behind barriers of tradition.” – Jasper Fforde

60. “Ignorance more frequently begets confidence than does knowledge: it is those who know little, not those who know much, who so positively assert that this or that problem will never be solved by science.” – Charles Darwin

Ignorance Quotes That Are Packed With Insights

61. “The man who realizes his ignorance has taken the first step toward knowledge.” – Max Heindel

62. “In the age of information, ignorance is a choice.” – Donald Miller

63. “Everybody is ignorant, only on different subjects.” – Will Rogers

64. “Where ignorance is our master, there is no possibility of real peace.” – Dalai Lama

65. “Ignorance is the softest pillow on which a man can rest his head.” – Michel de Montaigne

67. “A wise man makes his own decisions, but an ignorant man mindlessly follows the crowd.” – Chinese Proverb

68. “No matter how busy you may think you are, you must find time for reading, or surrender yourself to self-chosen ignorance.” – Confucius

69. “He must be very ignorant for he answers every question he is asked.” – Voltaire

70. “To remove ignorance is an important branch of benevolence.” – Ann Plato

71. “Being ignorant is not so much a shame as being unwilling to learn.” – Benjamin Franklin

72. “Ignorance speaks loudly, so as to be heard; but its volume proves reason to doubt every word.” – Wes Fessler

73. “A learned fool is more a fool than an ignorant fool.” – Moliere

74. “Most ignorance is vincible ignorance. We don’t know because we don’t want to know.” – Aldous Huxley

75. “Ignorance should not be tolerated. It isn’t worthy of our understanding or sympathy.” – Ethan Hunter

76. “It is harder to conceal ignorance than to acquire knowledge.” – Arnold H. Glasow

77. “If knowledge can create problems, it is not through ignorance that we can solve them.” – Isaac Asimov

79. “Ignorance, as they say, is usually fatal. But sometimes, it can be bliss.” – Eoin Colfer

80. “The doorstep to the temple of wisdom is a knowledge of our own ignorance.” – Benjamin Franklin

81. “Indeed, the most important product of knowledge is ignorance.” – David Gross

82. “They say a little knowledge is a dangerous thing, but it’s not one half so bad as a lot of ignorance.” – Terry Pratchett

83. “The greater our knowledge increases the more our ignorance unfolds.” – John F. Kennedy

84. “In order to have wisdom, we must have ignorance.” – Theodore Dreiser

Ignorance Quotes That Will Open Your Eyes to Reality

86. “Ignorance is preferable to error, and he is less remote from the truth who believes nothing than he who believes what is wrong.” – Thomas Jefferson

87. “Behind every argument is someone’s ignorance.” – Louis D. Brandeis

89. “Whoever said ignorance is bliss must have died a horrible death with a really surprised look on his face.” – Lisa Shearin

90. “Ignorance deprives people of freedom because they do not know what alternatives there are. It is impossible to choose to do what one has never heard of.” – Ralph B. Perry

91. “Ignorance is a virus. Once it starts spreading, it can only be cured by reason. For the sake of humanity, we must be that cure.” – Neil deGrasse Tyson

Ignorance Quotes for Those in Relationships

92. “The first magic of love is our ignorance that it can ever end.” – Benjamin Disraeli

93. “Ignorance is bliss, or so we’re told. Personally, I find ignorance is also destiny.” – Gayle Lynds

94. “Love that ignores acts of disobedience is not love but is ignorance or uncaring.” – Catherine Pulsifer

More Ignorance Quotes That Everyone Can Learn From

95. “The only victories which leave no regret are those which are gained over ignorance.” – Napoleon Bonaparte

97. “Whatever the cost of our libraries, the price is cheap compared to that of an ignorant nation.” – Walter Cronkite

98. “Don’t let anyone’s ignorance, hate, drama, or negativity stop you from being the best person you can be.” – Anonymous

99. “Give me the storm and tempest of thought and action, rather than the dead calm of ignorance and faith. Banish me from Eden when you will, but first, let me eat of the fruit of the tree of knowledge.” – Robert G. Ingersoll

Do You Consciously Make Decisions to Be More Knowledgeable About Life?

Ignorance is often defined as a person’s lack of knowledge or information about a particular topic. But, aside from that, ignorance is also one’s unwillingness to learn. As people say, education is a continuous process that happens throughout our lives, but for ignorant people, continuous learning isn’t something they’re inclined to do.

Living under a veil of ignorance makes you miss out on everything life has to offer—both the good and the bad. And, for those who think that it’s alright to miss out on the bad, remember that life is a mix of ups and downs. You are never truly living if you don’t get on the rollercoaster.

Moreover, ignorant people tend to make incorrect decisions. This is because they aren’t aware of all sides and aspects of the subject. Worse, some even don’t understand why the decisions they made failed.

So, start lifting the veil of ignorance over your head. Be self-aware and open to new things. Make yourself vulnerable and go out of your comfort zone to explore the wonders of life.

Being knowledgeable about things might not always bring you happiness because, indeed, the world is a scary place. But, what’s even more terrifying is living in a carefree manner, oblivious to the pains of others. With that, we hope this list of ignorance quotes was able to help you jumpstart your journey to being more open to the world’s realities.

What did you learn from today’s list? Which quotes were you able to relate to? Comment below.