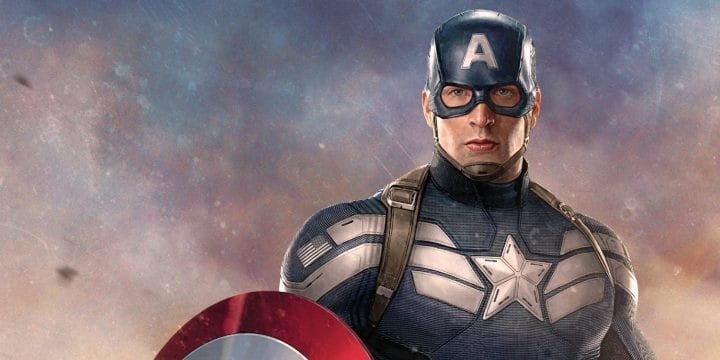 Things aren’t always black and white, and these Captain America quotes will show you just that.

And though his character may appear to be solely pro-war and pro-American at first, he later understood that what’s most important is protecting people above all else.

Captain America was treated as a science experiment. To help win the war, he was given a serum that helped perfect his human attributes.

However, his strong will and character are things that the serum didn’t give him—they are things innate in his character.

Learn more about Captain America and his values by reading the full collection below.

And don’t miss out these Harley Quinn quotes and Wonder Woman quotes.

2. “Before we get started, does anyone want to get out?”

5. “That’s great. You did the hardest part. You took the jump. You didn’t know where you were gonna come down. And that’s it.”

6. “Well, all the guys from my barbershop quartet are dead, so no, not really.”

7. “Well, things aren’t so bad. Food’s a lot better; we used to boil everything. No polio is good. Internet, so helpful. I’ve been reading that a lot trying to catch up.”

8. “I’d offer to make you dinner, but you look miserable enough already.”

11. “I really miss the days when the weirdest thing science ever created was me.”

15. “You start running, they’ll never let you stop. You stand up, push back. Can’t say no forever, right?”

17. “The world is in our hands. It’s left to us guys, and we have to do something with it. Otherwise, Thanos should have killed all of us.”

20. “Five years ago, we lost. All of us. We lost friends. We lost family. We lost a part of ourselves. Today, we have a chance to take it all back.”

23. “Ultron thinks we’re monsters—that we’re what’s wrong with the world. This isn’t just about beating him, it’s about whether he’s right.”

24. “This is the fight of our lives, and we’re going to win. Whatever it takes. Good luck.”

25. “I’m sick of watching people pay for our mistakes.”

26. “You know, for the longest time, I dreamed about coming overseas and being on the front lines. Serving my country. I finally got everything I wanted, and I’m wearing tights.”

29. “Yeah, we compromised—sometimes in ways that made us not sleep so well. But we did it so the people could be free. This isn’t freedom, this is fear.”

31. “This job, we try to save as many people as we can. Sometimes, that doesn’t mean everybody. But if we can’t find a way to live with that, next time, maybe nobody gets saved.”

32. “I know we’re not perfect, but the safest hands are still our own.”

33. “What’s the matter, scared of a little lightning?”

38. “And I thought I could throw myself back in and follow orders, serve. It’s just not the same.”

39. “The uniform? Aren’t the stars and stripes a little old-fashioned?”

40. “You know your teams. You know your missions. Get the stones, get them back. One round trip each. No mistakes. No do-overs.”

43. “You ready to follow Captain America into the jaws of death?”

44. “There are men laying down their lives. I got no right to do any less than them. That’s what you don’t understand. This isn’t about me.”

45. “Soldiers trust each other. That’s what makes it an army. Not a bunch of guys running around shooting guns.”

48. “We all need family. The Avengers are yours, maybe more so than mine.”

Captain America Quotes on Life and Doing the Right Thing

50. “Most of us are going somewhere we know. That doesn’t mean we should know what to expect.”

51. “I think this is the longest conversation I’ve had with one. Women aren’t exactly lining up to dance with a guy they might step on.”

52. “Every time someone tries to win a war before it starts, innocent people die. Every time.”

53. “I don’t know family, stability. The guy who wanted all that went in the ice 75 years ago. I think someone else came out.”

56. “For as long as I can remember, I just wanted to do what was right. I guess I’m not quite sure what that is anymore.”

61. “I know this neighborhood. I got beat up in that alley. And that parking lot. And behind that diner.”

62. “Dr. Erskine said that the serum wouldn’t just affect my muscles, it would affect my cells. Create a protective system of regeneration and healing. Which means I can’t get drunk. Did you know that?”

63. “There’s a chance you might be in the wrong business.”

64. “If I see a situation pointed south, I can’t ignore it. Sometimes, I wish I could.”

66. “You know, you may not be a threat, but you better stop pretending to be a hero.”

Do You Also Have a Strong Enough Will to Fight for What You Believe In?

The serum injected into Captain America did give him perfect physical and mental attributes like speed, stamina, agility, and a keen mind. However, he already had a strong will and good moral character to begin with. This made Captain America a perfect hero—someone who was not just all about strength and winning, but was also about morals, empathy, and having the good of the people as his top priority. He had integrity and strong conviction which he never compromised. And as a leader, he believed in the power of teamwork and inspired people through action.

Do your beliefs and ideals match with Captain America? Who is your favorite Marvel superhero? Tell us in the comments section below!