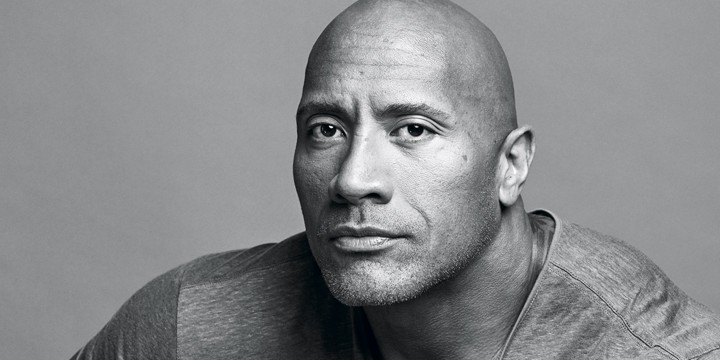 If you are tired and unmotivated in life, these 120 Dwayne Johnson quotes will help you keep going and motivate you to your dreams.

What comes to your mind when you hear Dwayne ‘The Rock’ Johnson’s name?

Yes, maybe we’re thinking the same thing. He is a big man with a rock-solid body, a professional wrestler, actor, businessman, and producer.

What distinguishes Dwayne as ‘The Rock?’ Let us be excited to learn more about him and his achievements!

And make sure to check out these Johnny Depp quotes and Paul Walker quotes.

1. “Don’t be afraid to be ambitious about your goals. Hard work never stops, neither should your dreams.”

2. “What’s the key to success? The key is, there is no key. Be humble, hungry, and the hardest worker in any room.”

3. “Not only do I think being nice and kind is easy but being kind, in my opinion, is important.”

4. “One of the most important things you can accomplish is just being yourself.”

6. “All success begins with self-discipline, it starts with you.”

7. “The road to success and greatness is always paved with consistent hard work. Outwork your competitors, be authentic, and above all else, chase your greatness.”

8. “With drive and a bit of talent, you can move mountains.”

9. “When you walk up to opportunities door, don’t knock it. Kick that bitch in, smile and introduce yourself.”

10. “The first step to achieving your goal is to take a moment to respect your goal. Know what it means to you to achieve it.”

11. “Success isn’t overnight. It’s when every day you get a little better than the day before. It all adds up.”

13. “The wall! Your success is on the other side. Can’t jump over it or go around it, you know what to do.”

14. “You don’t need directions, just point yourself to the top and go!”

15. “Success at anything will always come down to this: focus and effort, and we control both.”

16. “I like to use the hard times of the past to motivate me today.”

17. “Be the person that when your feet touch the floor in the morning the devil says, ‘Awe shit, they’re up.’”

18. “Think back 5 yrs ago. Think of where you’re at today. Think ahead 5 yrs and what you want to accomplish. Be unstoppable.”

19. “We do today what they won’t, so tomorrow we accomplish what they can’t.”

24. “Blood, sweat and respect. First two you give, last one you earn.”

26. “The single most powerful thing I can be is to be myself.”

27. “I grew up where, when a door closed, a window didn’t open. The only thing I had was cracks. I’d do everything to get through those cracks—scratch, claw, bite, push, bleed. Now the opportunity is here. The door is wide open, and it’s as big as a garage.”

28. “If something stands between you and your success, move it. Never be denied.”

29. “Let your actions do your talking for you.”

31. “I have a little belief that success is never unrelenting, and if success is what we chase, then neither are we.”

36. “Outwork all competition, be grateful for the grind, don’t run from your demons and if it ever becomes personal, then payback’s a bitch.”

37. “I never want to just play in the game, I want to change the way the game is played.”

38. “Always be you, play chess, not checkers, and always play the long game.”

39. “Check your ego at the door. The ego can be a great success inhibitor. It can kill opportunities, and it can kill success.”

40. “Attitude and enthusiasm play a big part in my life. I get excited about the things that inspire me. I also believe in laughing and having a good time.”

41. “I want someone who can trust that my big hands are going to take care of them.”

44. “Try and block out all the daily noise we hear from people and things, and listen to that voice in our gut that says, ‘it’s just not good enough, make it better.”

45. “Change doesn’t begin when we get knocked on our ass, it begins the moment we decide to get back up on our own feet.”

47. “I can hold my own when it comes to burping. I’ve got a good feeling that I could win a championship.”

48. “Around every corner, always protect the engine that powers you.”

49. “I was a bit challenged when I was younger to stay on the right path.”

50. “I knew credibility would come only in time and through earnest performances.”

52. “The men I idolized built their bodies and became somebody, like Sylvester Stallone and Arnold Schwarzenegger, and I thought, ‘That can be me.’ So I started working out. The funny thing is I didn’t realize back then that I was having a defining moment.”

53. “There’s no substitute for hard work, and getting out there, and busting your butt at whatever it is. Nothing comes easy. You can overcome so much just through hard, focused work.”

54. “He who makes a beast of himself gets rid of the pain of being a man.”

55. “Training for me is a metaphor for life, period. The dedication, the determination, the desire, the work ethic, the great successes and the great failures—I take that into life.”

58. “By 23yrs old, I failed at achieving the biggest dream of my life. My ass was kicked and I was down, but not out. I refused to give up, got back up and pushed on.”

59. “Vision, guts and enthusiasm. Three qualities I feel you always gotta have to have a shot at success.”

Dwayne Johnson Quotes on Being ‘the Rock’

62. “When I was a kid at four years old, that’s when I started amateur wrestling with my dad and family. And when that’s instilled in you, it never goes away.”

63. “WWE is a space where I thrived, and I loved, and I still do. I love connecting with an audience, that is the greatest thing about going back to WWE.”

64. “I’ve always loved the showmanship of professional wrestling. While I love making movies, I love that platform, too.”

65. “In wrestling, there’s a shelf life, and some wrestlers don’t pay attention to the shelf life.”

67. “You don’t just find the willpower you need, you create it.”

68. “Life is anything but predictable.”

75. “Remember, when you’re good at something, you’ll tell everyone. When you’re great at it, they’ll tell you.”

80. “Hold on to that fundamental quality of faith. Have faith that on the other side of your pain is something good.”

82. “The dreams I had, they were dashed. There is no more football. My relationship was crushed. That was my absolute worst time.”

86. “I found that, with depression, one of the most important things you could realize is that you’re not alone.”

87. “Depression never discriminates. Took me a long time to realize it but the key is to not be afraid to open up.”

Dwayne Johnson Quotes on His Philosophy

89. “My philosophy is, it’s always very rewarding when you can make an audience laugh. I don’t mind making fun of myself. I like self-deprecating comedy. But I’d like you to laugh with me occasionally, too.”

90. ”You don’t sign up for a divorce when you get married. It’s very painful, but it’s taught me a great deal about myself.”

91. “I was fortunate and I was lucky that I had a couple of people in my life who cared about me. I had good, loving parents.”

92. “You have to fight through some bad days to earn the best days of your life.”

93. “My goal was never to be the loudest or the craziest. It was to be the most entertaining.”

94. “I knew early on that I wanted to entertain in some form. And I knew I would work as hard as anyone to do it.”

95. “Nutrition is so important, it can’t be stressed enough.”

96. “There’s always a calculated strategy behind this insanity.”

98. “If you cheat when training, you only cheat yourself.”

100. “It’s not about the car you drive. It’s about the size of your arm hanging out of the window.”

101. “I’m very low-key. I don’t really blend in, so it’s difficult to go out in public. I like to do things that are kind of quiet, whether it’s a dinner at my house or a restaurant, or a movie night at home.”

102. “I like the idea of working in different genres and transcending genres and hopefully finding success, and ultimately making movies people like.”

103. “I’ve always seen first responders as unsung heroes and very special people because, when everyone else is running away from danger, they run into it.”

104. “I absolutely believed it when I was young because the Tooth Fairy was always good to me. The Tooth Fairy generally left me a dollar or two dollars and, as a kid, that was a lot of money.”

105. “If you ever see ‘The Rock’ working out in the gym, don’t think you can just go up and disturb his workout and expect him to take a picture. He’s there to work, so kindly just pass the silverback on or he’ll rip your face off.”

107. “If I had to describe myself to an alien I’d say I was bigger than the average human, enjoy a drink or two with a good meal and have a bigger head than most. I’d also say I’m really handsome, especially if they were a female alien.”

109. “I was raised by strong women, and that DNA is in my daughter and wife.”

110. “I have an immense amount of respect for acting. I’ve always loved movies and was always fascinated by movie-making. But to become an actor, I wanted to commit myself.”

113. “The sexiest thing that a woman can do, wear and say all fall under one word to me: subtlety. To be subtle in the things that she does, the things she says, and the things she wears, I appreciate the details.”

114. “I grew up in a musical family, the majority of my growing up was done in Hawaii. It’s what we do. You sing you dance, you play the ukulele, and you drink.”

115. “I want to be a man who is truthful and who won’t let pride get in the way of my ripping myself open to my partner and saying, ‘here I am, this is me.’ I feel there’s something powerful when a man reaches a point in his life when he can be completely vulnerable.”

118. “As an athlete, you’d better laugh at yourself when you slip in the mud.”

119. “The one thing that I keep learning over and over again is that I don’t know anything. I mean, that’s my life lesson.”

120. “There are definitely people who disagree with certain creative decisions you make. Pleasing everyone is pretty hard.”

Who Motivates You To Succeed In Life?

Who wouldn’t want to be successful? Everyone has a dream and goal in life. But, in reality, it does not happen instantly with the snap of a finger. We must work hard and enjoy the process.

Dwayne Johnson worked hard for what he had. We’ve seen his determination and eagerness to improve his life. He even went through extensive physical, emotional, and spiritual training. Surrender is not an option for him.

Allow your success to roar as loud as a lion! We were created for something bigger and better. It is entirely up to us as to why, when, and how we achieve our goals!

Are you inspired by Dwayne Johnson quotes? What are your dreams? Don’t hesitate to share your answer in the comment section below.