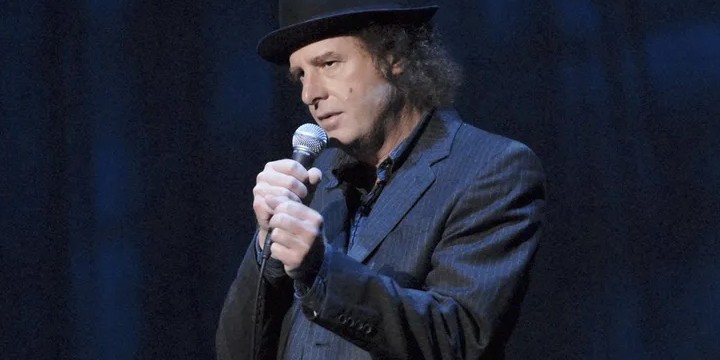 We’ve gathered the ultimate collection of Steven Wright quotes that will bring joy to your life.

Known for his distinctly lethargic voice and nonsensical jokes, it’s proven that he is one of the few truly great stand-up comedians in his era. Get hooked by his intellect and cleverness through this collection we prepared.

So what are you waiting for?

If you want to reduce your stress, release your endorphins, and give yourself an absolute workout, then take a break and enjoy reading this collection that we’ve made just for you!

And don’t forget to check out these Eric Andre quotes and Dave Chappelle quotes.

1. “The early bird gets the worm, but the second mouse gets the cheese.”

2. “Right now I’m having amnesia and déjà vu at the same time. I think I’ve forgotten this before.”

3. “Whenever I think of the past, it brings back so many memories.”

4. “A clear conscience is usually the sign of a bad memory.”

5. “At one point, he decided enough was enough.”

6. “Everywhere is walking distance if you have the time.”

8. “A conclusion is the place where you get tired of thinking.”

9. “When I first read the dictionary, I thought it was a long poem about everything.”

10. “If at first you don’t succeed, destroy all evidence that you tried.”

11. “The severity of the itch is proportional to the reach.”

12. “A conscience is what hurts when all your other parts feel so good.”

14. “If it’s a penny for your thoughts and you put in your two cents worth, then someone, somewhere, is making a penny.”

15. “The sooner you fall behind, the more time you’ll have to catch up.”

16. “I just got out of the hospital. I was in a speed reading accident. I hit a bookmark and flew across the room.”

17. “Plan to be spontaneous tomorrow.”

18. “I busted a mirror and got seven years bad luck, but my lawyer thinks he can get me five.”

19. “Support bacteria, they’re the only culture some people have.”

20. “I went to a bookstore and asked the saleswoman, ‘Where’s the self-help section?’ She said if she told me, it would defeat the purpose.”

21. “If a man says something in the woods and there are no women there, is he still wrong?”

24. “The other night I was lying in bed, looking up at the stars, and I wondered, ‘Where the hell is my roof?’”

25. “I stayed up all night playing poker with tarot cards. I got a full house and four people died.”

27. “If it’s zero degrees outside today and it’s supposed to be twice as cold tomorrow, how cold is it going to be?”

28. “For my birthday, I got a humidifier and a dehumidifier. I put them in the same room and let them fight it out.”

29. “They say you’re not supposed to put metal in a microwave oven. They’re right.”

31. “There is a fine line between fishing and just standing on the shore like an idiot.”

32. “If you think nobody cares about you, try missing a couple of payments.”

33. “Sponges grow in the ocean. That just kills me. I wonder how much deeper the ocean would be if that didn’t happen.”

34. “Drugs may lead to nowhere, but at least it’s the scenic route.”

36. “I love to go shopping. I love to freak out salespeople. They ask me if they can help me, and I say, ‘Have you got anything I’d like?’ Then they ask me what size I need, and I say, ‘Extra medium.’”

39. “What happens if you get scared half to death twice?”

43. “Eagles may soar, but weasels don’t get sucked into jet engines.”

44. “You know how it is when you’re reading a book and falling asleep—you’re reading, and all of a sudden, you notice your eyes are closed? I’m like that all the time.”

47. “Don’t you hate when your hand falls asleep and you know it will be up all night.”

49. “Everyone has a photographic memory, some just don’t have film.”

50. “Dancing is a perpendicular expression of a horizontal desire.”

51. “It doesn’t matter what temperature a room is, it’s always room temperature.”

52. “Light travels faster than sound. Isn’t that why people appear bright before you hear them speak?”

53. “The best kind of friend is the kind you sit with, never say a word, and walk away feeling like it was the best conversation you ever had.”

55. “If a mute kid swears, should his mother wash his hands with soap?”

56. “Experience is something you don’t get until just after you need it.”

57. “If everything seems to be going well, you have obviously overlooked something.”

58. “Bills travel through the mail at twice the speed of checks.”

59. “Why is the alphabet in that order? Is it because of that song?”

60. “The judge asked, ‘What do you plead?’ I said, ‘Insanity, your honor. Who in their right mind would park in the passing lane?’”

61. “When everything is coming your way, you’re in the wrong lane.”

62. “Depression is merely anger without enthusiasm.”

65. “Change is inevitable, except for vending machines.”

66. “I used to have an open mind but my brains kept falling out.”

68. “If a person with multiple personalities threatens suicide, is that considered a hostage situation?”

70. “I just got lost in thought. It was unfamiliar territory.”

71. “If warm air rises, heaven could be hotter than hell.”

72. “Ambition is a poor excuse for not having enough sense to be lazy.”

74. “I woke up one morning, and all of my stuff had been stolen and replaced by exact duplicates.”

75. “I was once walking through the forest alone. A tree fell right in front of me, and I didn’t hear a thing.”

77. “Ever notice how irons have a setting for permanent press? I don’t get it.”

78. “I had a friend who was a clown. When he died, all his friends went to the funeral in one car.”

80. “Last week, the candle factory burned down. Everyone just stood around and sang, ‘Happy Birthday.’”

81. “When an evil masochist dies, does he go to hell, or would heaven be a better punishment?”

82. “Half the people you know are below average.”

83. “I went to a restaurant that serves ‘breakfast at any time’ so I ordered French toast during the Renaissance.”

85. “Be nice to your children. After all, they are going to choose your nursing home.”

86. “I put tape on the mirrors in my house so I don’t accidentally walk through into another dimension.”

87. “If toast always lands butter-side down, and cats always land on their feet, what happens if you strap toast on the back of a cat and drop it?”

88. “Why are they called buildings when they’re already finished? Shouldn’t they be called builts?”

89. “I drive way too fast to worry about cholesterol.”

90. “I couldn’t repair your brakes, so I made your horn louder.”

93. “Doing a little work around the house. I put fake brick wallpaper over a real brick wall, just so I’d be the only one who knew. People come over and I’m gonna say, ‘Go ahead, touch it, it feels real.’”

95. “Shin—a device for finding furniture in the dark.”

96. “A cop stopped me for speeding. He said, ‘Why were you going so fast?’ I said, ‘See this thing my foot is on? It’s called an accelerator. When you push down on it, it sends more gas to the engine. The whole car just takes right off. And see this thing? This steers it.’”

97. “A friend of mine once sent me a postcard with a picture of the entire planet Earth taken from space. On the back it said, ‘Wish you were here.’”

102. “I almost had a psychic girlfriend but she left me before we met.”

107. “I bought some instant water one time but I didn’t know what to add to it.”

108. “I hate it when my foot falls asleep during the day because that means it’s going to be up all night.”

110. “I have a large seashell collection which I keep scattered on the beaches all over the world. Maybe you’ve seen it.”

111. “All those who believe in psychokinesis, raise my hand.”

112. “Cross country skiing is great if you live in a small country.”

115. “Borrow money from pessimists, they don’t expect it back.”

118. “If you must choose between two evils, pick the one you’ve never tried before.”

120. “I went to the museum where they had all the heads and arms from the statues that are in all the other museums.”

Steven Wright Quotes About His Experience

121. “I saw a small bottle of cologne and asked if it was for sale. She said, ‘It’s free with purchase.’ I asked her if anyone bought anything today?”

122. “When I get really bored, I like to drive downtown and get a great parking spot, then sit in my car and count how many people ask me if I’m leaving.”

123. “I’m a peripheral visionary. I can see into the future, but just way off to the side.”

124. “It was the first time I was ever in love, and I learned a lot. Before that, I’d never even thought about killing myself.”

125. “I had some eyeglasses. I was walking down the street when suddenly the prescription ran out.”

126. “For every action, there is an equal and opposite criticism.”

129. “I went to a general store. They wouldn’t let me buy anything specifically.”

130. “I was trying to daydream, but my mind kept wandering.”

134. “I took a course in speed waiting. Now I can wait an hour in only ten minutes.”

135. “I used to work in a fire hydrant factory. You couldn’t park anywhere near the place.”

138. “If you write the word ‘monkey’ a million times, do you start to think you’re Shakespeare?”

140. “In my house, on the ceilings, I have paintings of the rooms above, so I never have to go upstairs.”

142. “Many people quit looking for work when they find a job.”

144. “My theory of evolution is that Darwin was adopted.”

145. “One night, I walked home very late and fell asleep in somebody’s satellite dish. My dreams were showing up on TV’s all over the world.”

146. “The problem with the gene pool is that there is no lifeguard.”

147. “To steal ideas from one person is plagiarism, to steal from many is research.”

148. “When I was in boy scouts, I slipped on the ice and hurt my ankle. A little old lady had to help me across the street.”

151. “I have a new dog. It’s a paranoid retriever. He brings everything back because he’s not sure what I throw at him.”

153. “I went to the hardware store and bought some used paint. It was in the shape of a house. I also bought some batteries, but they weren’t included.”

156. “Why are there five syllables in the word ‘monosyllabic?’”

160. “Why don’t they make the whole plane out of that black box stuff?”

Did These Steven Wright Quotes Give You a Good Laugh?

Laughter acts as a powerful antidote for pain, stress, and conflict, so we should always find a reason to laugh every day. Moreso, frequent laughter can make you young and healthy and it’s considered as one of the best medicines in the world.

So whether it’s a smile or just a slight giggle, this positive attitude completely alters the atmosphere and mood of the surroundings. Imagine a world without laughter and you’ll see that that kind of world will be too sad and depressing for us to live in. Furthermore, if you laugh, it makes you feel good and everyone around you will also feel positive vibes.

Which of these Steven Wright quotes is your favorite? Do you have any other favorite quotes you’d like to add? Be sure to leave a comment below.