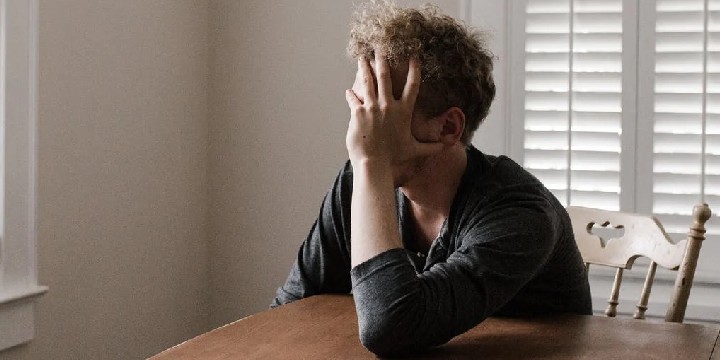 These weak man quotes will help you avoid being vulnerable and soft and instead motivate you to hold on to your faith and principles in the face of adversity.

Being a weak man is not something to be ashamed of. There will come a time in our lives when we feel overwhelmed by challenges and adversity. What matters is that we recover and never give up.

A weak man can be physically, emotionally, or mentally weakened. They are afraid to stand firm and are sometimes swayed by their emotions, which leads to cheating and many other harmful actions. Continue reading if you want to learn more about being weak and how to overcome it.

1. “A strong man can handle a strong woman. A weak man will say she has an attitude problem.” – Boonaa Mohammed

4. “It is a weak man who blames his failures on the strength of others.” – Orson Scott Card

5. “He was a weak man. The sort who needed to crush a woman in order to feel powerful.” – John Mark Green

6. “The weak-minded man is the slave of his vices and the dupe of his virtues.” – Anonymous

8. “A weak man in a corner is more dangerous than a strong man.” – Agatha Christie

9. “We must relearn how to cry. A strong man cries; it is the weak man who holds back his tears.” – Archie Fire Lame Deer

10. “Rudeness is the weak man’s imitation of strength.” – Eric Hoffer

11. “It is destruction to the weak man to attempt to imitate the powerful.” – Phaedrus

12. “If you want a weak man, you might as well marry a woman.” – Laura Schlessinger

13. “When we teach people to run after miracles, we make them weak men.” – Sunday Adelaja

15. “The weak can never forgive. Forgiveness is the attribute of the strong.” – Mahatma Gandhi

16. “Better to be a strong man with a weak point, than to be a weak man without a strong point. A diamond with a flaw is more valuable than a brick without a flaw.” – William J. H. Boetcker

18. “Everyone has moments of weakness. But that doesn’t make you weak.” – Katie Alender

21. “The stubbornness of a weak man should never be underestimated. The weak tend to be very stubborn when they’ve decided on something.” – Frederick Forsyth

22. “It is not because men’s desires are strong that they act ill; it is because their consciences are weak.” – John Stuart Mill

23. “Men only go for skinny women because they’re too weak to argue―and salads are cheap.” – Frank Carson

24. “Beware of weak men, little sister. He never returned to help, not even to express condolences for Father. Find a strong man. Get a man who will stand up for you, even if it means he has to fight the whole world. There is nothing more dangerous than a weak man.” – Michael Benzehabe

25. “Passion is what gets you through the hardest times that might otherwise make strong men weak, or make you give up.” – Neil deGrasse Tyson

26. “Nearly all men have weak hearts, in one way or another.” – Steven J. Carroll

27. “Weak men don’t like strong men, they remind them of what they failed to be.” – Katy Evans

29. “It is not great men who change the world, but weak men in the hands of a great God.” – Brother Yun

30. “There is no such thing as a great man of God, only weak, pitiful, faithless men of a great and merciful God.” – Paul Washer

31. “Men who think that a woman’s past love affairs lessen her love for them are usually stupid and weak.” – Marilyn Monroe

32. “A real man does not play mind games with a woman. Only weak, insecure and immature boys do that.” – Anonymous

33. “It is commonly a weak man who marries for love.” – Samuel Johnson

37. “No woman can love a weak man hard enough to make him strong.” – Pearl Cleage

38. “Only stupid men trying to seem smart need to be with dumb women. Only weak men trying to look strong are attracted to compliant women.” – Orson Scott Card

39. “A strong woman won’t settle for a weak man when it’s been proven that the union of two bosses can build an empire.” – Anonymous

40. “Every woman needs one man in her life who is strong and responsible. Given this security, she can proceed to do what she really wants to do―fall in love with men who are weak and irresponsible.” – Richard J. Needham

41. “The worst kind of weight any woman can gain―is the weight of a weak man.” – Anonymous

42. “The spirit was willing but the flesh was weak.” – David Mitchell

43. “You are not weak just because your heart feels so empty.” – Andrea Gibson

Quotes About the Differences Between Strong and Weak Men

45. “It is the weak man who urges compromise―never the strong man.” – Elbert Hubbard

46. “None but the weak crave to be better than. Strong men are satisfied with their own strength.” – Lillian Smith

52. “Strong men can always afford to be gentle. Only the weak are intent on giving as good as they get.” – Elbert Hubbard

54. “Brave people add up to an aristocracy. The democracy of thou-shalt-not is bound to be a collection of weak men.” – D. H. Lawrence

56. “A strong man who has known power all his life may lose respect for that power. But a weak man knows the value of strength.” – Jeffrey Archer

57. “A weak man has doubts before a decision; a strong man has them afterward.” – Karl Kraus

58. “Since the world never faults a man who refuses to yield―it is generally recognized that weak men live in obedience to the world’s will, while the strong obey only their own.” – Giacomo Leopardi

Quotes That Discuss a Weak-Minded Man’s Qualities and Traits

59. “Great men in teaching weak men to reflect have set them on the road to error.” – Luc de Clapiers

60. “Terrorism is the preferred weapon of weak and evil men.” – Ronald Reagan

61. “Pessimism is only the name that men of weak nerve give to wisdom.” – Mark Twain

63. “Like all weak men he laid an exaggerated stress on not changing one’s mind.” – W. Somerset Maugham

64. “He did not have a bad heart, but a weak man usually has not.” – Catherine the Great

65. “God uses men who are weak and feeble enough to lean on him.” – Hudson Taylor

66. “When a broken tank is filled with water, It certainly will leak on every side. Weak men who grow rich Seldom leave an inheritance.” – Sakya Pandita

67. “Abstainer. A weak man who yields to the temptation of denying himself pleasure.” – Ambrose Bierce

70. “All God’s giants have been weak men who did great things for God because they reckoned on God being with them.” – Hudson Taylor

71. “Many men are fascinated by the consciously evolving female who makes them feel free inside. But they’re too unsure of their own standing to actually stay with such women. They want a sheepish, sort-of-dumb woman at home for them, then they imagine themselves being swept off their feet by a goddess somewhere outside. These are the kinds of men that aren’t worth being with. You want to have a man who can sail a ship just as well as you can, a man who puts both his feet in the same boat at the same time, someone whose manhood is never defined by female docility.” – C. JoyBell C.

Quotes on How Weak Men Can Change for the Better

72. “The highest point to which a weak but experienced mind can rise is detecting the weakness of better men.” – Georg C. Lichtenberg

73. “In a lot of TV shows out there, the women are the weak ones, and the men are the strong ones.” – Sophie Turner

74. “When such men, who are beyond hope and fear, begin in their dim minds to see the source their woes, it may be an evil time for those who have wronged them. The weak man becomes strong when he has nothing, for then only can he feel the wild, mad thrill of despair.” – Arthur Conan Doyle

75. “We are born weak, we need strength; helpless, we need aid; foolish, we need reason. All that we lack at birth, all that we need when we come to man’s estate, is the gift of education.” – Jean-Jacques Rousseau

78. “I grew up around strong women; weak men were pickled and salted. The women wouldn’t waste time raising a weak boy.” – Robert Jordan

79. “Your actions are your own. Your choices are your own. Each of us carries a burden of guilt for decisions made or not made. You can let that rule your whole life or you can put it behind you and move on. Only a madman lets jealousy determine the course of his existence. Only a weak man blames others for his own errors.” – Juliet Marillier

80. “The system of heroism depends on women to be weak so men can be strong.” – Susan Faludi

81. “Build me a son, O Lord, who will be strong enough to know when he is weak and brave enough to face himself when he is afraid, one who will be proud and unbending in honest defeat, and humble and gentle in victory.” – Douglas MacArthur

Quotes About Why You Should Avoid Weak Men

83. “Better make a weak man your enemy than your friend.” – Josh Billings

84. “What is grand is necessarily obscure to weak men. That which can be made explicit to the idiot is not worth my care.” – William Blake

85. “The weak can be terrible because they try furiously to appear strong.” – Rabindranath Tagore

86. “Something had gone amiss with men, and the weak ones were dangerous.” – Thomas McGuane

87. “Sarcasm―the protest of those who are weak.” – John Knowles

89. “There is no strong beer, just weak men.” – Dan Castellaneta

91. “The greatest sin is to think yourself weak.” – Swami Vivekananda

92. “Even weak men when united are powerful.” – Friedrich Schiller

94. “Weak Christians are afraid of the shadow of the cross.” – Thomas Brooks

95. “Weak minds exaggerate too much the wrong done to the Africans.” – Charles de Secondat

Do You Think of Yourself as a Weak Person?

Men are a symbol of strength, but they can also be vulnerable. There are times when men’s morals and principles are put to the test. Some men cheat in relationships, which demonstrates their weakness.

Cheating as a sign of weakness can be avoided if you know how to stand firm and never succumb to temptation and pleasure. This is also true for many different aspects of life. Always remember and be aware of your life priorities and take into account the people around you.

We hope you’ve learned a lot from the weak man quotes we’ve compiled for you. Allow these to give you the strength to stand your ground and the courage to do what is right.

Which of these weak man quotes is your favorite? Please, share your thoughts in the comments thread.