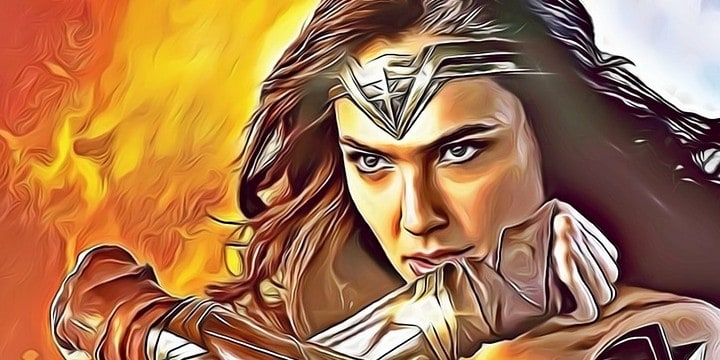 Here are the top 40 Wonder Woman quotes you’ll need to see that women are more than their stereotypical roles.

This list is a compilation of words of wisdom from the daughter of Zeus, the Princess of the Amazonians, and the Goddess of War herself.

When Wonder Woman was first introduced in the comics, she took the world by storm—effectively rejecting the passive portrayal of women’s roles in society.

Get to know the one of the mightiest heroines in the world of superheroes through the quotes in this post.

And make sure to check out these Harley Quinn quotes and Captain America quotes.

1. “The gods made the Amazons to restore peace to the world, and it’s what I’m going to do.”

3. “I used to want to save the world—to end war and bring peace to mankind. But then, I glimpsed the darkness that lives within their light. And I learned that inside every one of them, there will always be both. A choice each must make for themselves. Something no hero will ever defeat.”

4. “I’d like to keep the illusion that there is a shade of moral difference between us and those we fight.”

7. “It is our sacred duty to defend the world.”

8. “Everyone’s fighting their own battles, just as you are fighting yours.”

9. “Which will hold greater rule over you? Your fear or your curiosity?”

11. “I don’t know which one of us has been more blind—you, in your refusal to adapt to a changing world, or me for following you this far down your well-intentioned path.”

12. “Peace is a virtue, a state of mind, a disposition for benevolence, confidence, and justice. It is not simply the absence of war.”

14. “Women seem like sissies because you don’t know their true strength.”

15. “Bonds of love never make the wearer weaker—they give him greater strength!”

16. “I came here to parley. But do not mistake a desire to avoid violence for the inability to deal with it.”

17. “Feeding people is a just and dignified occupation.”

18. “Power without self-control tears a girl to pieces!”

19. “No! After everything I saw, it can’t be. It cannot be! They were killing each other. Killing people they cannot see. Children. Children! No, it had to be him, it cannot be them.”

21. “What one does with the truth is more difficult than you think. I learned this the hard way, a long, long time ago. And now, my life will never be the same.”

22. “I am Diana of Themyscira, Daughter of Hippolyta, Queen of the Amazons. In the name of all that is good, your wrath upon this world is over.”

24. “A deal is a promise and a promise is unbreakable.”

25. “Kal looks to the future, Batman looks to the past; and I reside in the present, securely bridging the two.”

27. “If loss makes you doubt your belief in justice, then you never truly believed in justice at all.”

28. “My life hasn’t been what you probably think it has. We all have our struggles.”

29. “No matter how small an act of kindness, or generosity, or simple positivity you put out into the world, it will make a difference.”

31. “Don’t raise your hand until you’ve first extended it.”

33. “And between my prayers, I made a vow that I would always be aware of my strength, and that of my opponents, my friends, and my victims.”

35. “I cannot stand by while innocent lives are lost.”

36. “Get strong! Earn your living and fight for your country!”

37. “She was right. My mother was right. She said the world of men does not deserve you. They don’t deserve our help.”

39. “Nothing good is born from lies, and greatness is not what you think.”

40. “Surround yourself with positive, inspiring, and strong individuals and you will always be in a good place.”

Did These Wonder Woman Quotes Effectively Break Women’s Stereotypes for You?

Wonder Woman is depicted as a founding member of the Justice League, a champion for justice, and she’s also the latest hero to get a live action film treatment in the DC franchise. Wonder Woman embodies the creators’ successful attempt to portray women beyond just being a damsel in distress to a fearless leader and a compassionate and empathic heroine who humanity can look up to. She is an inspiration and a role model to women—both young and old, teaching them to fight for what’s right no matter who tells them no and a reminder that everything in our lives is in our hands.

Who is the strongest woman in your life? Do you look up to Wonder Woman as well? Share your thoughts down below.